Everyone loves a good reality tv show, and what makes it even more enjoyable is watching someone they are rooting for make it through the trials and tribulations during their time on the show. That’s how many felt watching Season 2 Love Island USA Alum, Kierstan Saulter.

Saulter is an Austin, TX native who started her journey during season 2 in 2020. Saulter started her modeling journey in 2016; eventually walking in New York Fashion Week. Saulter said she is looking forward to what the future holds.

“I’ve been blessed with a lot of incredible opportunities, including shooting with STARLINE LA,” Saulter said.

"I feel confident, sexy and powerful in Starline’s styles, so my hope is other women can feel empowered in STARLINE LA’s pieces as well." Every woman is powerful and stunning, and they deserve to feel exactly that.”" 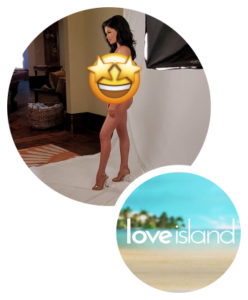 During the photoshoot and a few nervous laughs later, Saulter settled in and absolutely served. We got to know a little bit about Saulter’s personality and quickly discovered why she is a fan favorite. After many outfit changes later, it’s safe to say these new styles are coming in hot.

Saulter also told us a little bit about her Love Island experience, as we were dying to know the details. During her time in the villa, Saulter said she has applied the life lessons Love Island gave her during her everyday life and mentions how she hasn’t always been a confident person.

“Through life experiences, I’ve developed tough skin and thankfully, so much self-love,” Saulter said. “Love Island has definitely helped me turn into a person I can be proud of.”

“Love Island showed me that anything is possible, everything happens for a reason, and to just go for it,” Saulter said.